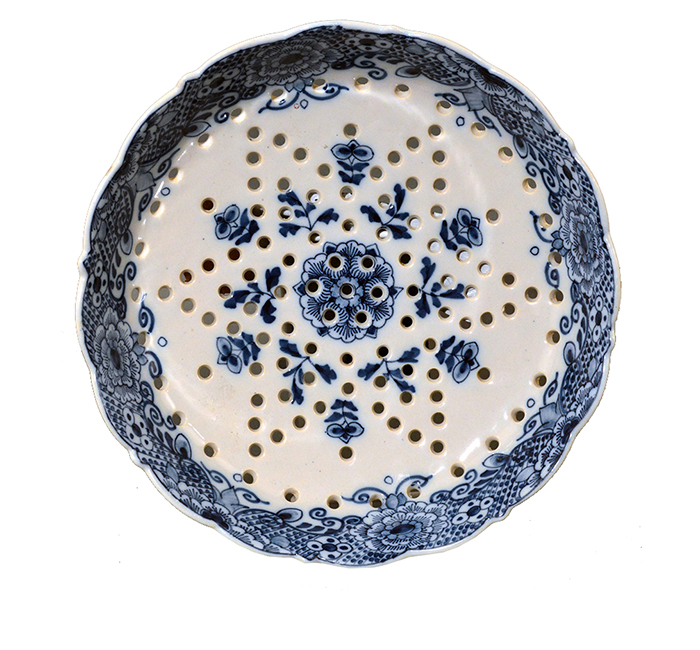 Delftware Delftware or Delft pottery – also known as Delft Blue – is a general term now used for Dutch tin-glazed earthenware, a form of faience. Most of it is blue and white pottery, and the city of Delft in the Netherlands was the major centre of production, but the term covers wares with other colors, and made elsewhere. Delftware includes pottery objects of all descriptions such as plates, vases and other ornamental forms and tiles. The start of the style was around 1600, and the most highly regarded period of production is about 1640–1740, but Delftware continues to be produced. In the 17th and 18th centuries Delftware was a major industry, exporting all over Europe.

Directoire The Directoire style takes its name from the post-Revolution period 1795–1799 when France was ruled by a government of Directors – the Directory. Directoire is characterized by Neoclassical architectural forms, minimal carving, planar expanses of highly grained veneers, and applied decorative painting. Many examples of design from this period carried on the Classicism of Louis XVI, but with greater restraint and incorporating many of the symbols of equality, fraternity and liberty associated with the Revolution. One of the most notable pieces of Directoire furniture was the day bed, inspired by ancient examples and made famous in the portrait of the celebrated beauty Madame Récamier, by artist Jacques-Louis David (see below).

Duchesse brisée A Duchesse brisée – “broken duchess” in French – is three piece French chaise lounge consisting of a set of hand carved armchairs or bergères (one generally smaller than the other) and a bout-de-pied, or foot rest that fit together to make a single seating unit. This Louis XVI style piece rose to popularity in the 18th and 19th centuries.

Demi-lune From the French for “half moon”, demi-lune refers to a a crescent or half-moon shape, as of the top of a piece of furniture.

Dada Dada or Dadaism was an art movement of the European avant-garde in the early 20th century. Developed in reaction to World War I, the Dada movement consisted of artists who rejected the logic, reason, and aestheticism of modern capitalist society, instead expressing nonsense, irrationality, and anti-bourgeois protest in their works. The art of the movement spanned visual, literary, and sound media, including collage, sound poetry, cut-up writing, and sculpture. Dadaist artists expressed their discontent toward violence, war, and nationalism, and maintained political affinities with the radical far-left. Renowned dadaists include Marcel Duchamp, Tristan Tzara, Max Ernst, Francis Picabia, Kurt Schwitters and American Man Ray (see below).

Daguerrotype The daguerreotype was the first commercially successful photographic process (1839-1860) in the history of photography. Named after the inventor, Louis Jacques Mandé Daguerre, each daguerreotype is a unique image on a silvered copper plate. In contrast to photographic paper, a daguerreotype is not flexible and is rather heavy, with a mirror-like surface. Among the colorful characters immortalized in the colorless daguerreotype medium are (below, clockwise from upper left): writer Henry Thoreau, Seneca leader Blacksnake, Navy Commodore Matthew Perry, mental health crusader Dorothea Dix, showmen P.T. Barnum and Tom Thumb, and actress Charlotte Cushman (Image via the National Portrait Gallery)

Diptych A diptych is an artwork consisting of two pieces or panels, that together create a singular art piece these can be attached together or presented adjoining each other. In medieval times, panels were often hinged so that they could be closed like a book and the artworks protected.

Danish Modern Danish modern is a style of minimalist furniture and housewares from Denmark, embracing the principles of Bauhaus modernism in furniture design, creating clean, pure lines based on an understanding of classical furniture craftsmanship coupled with careful research into materials, proportions and the requirements of the human body. With designers such as Arne Jacobsen and Hans Wegner and associated cabinetmakers, Danish furniture and housewares thrived from the 1940s through the 1960s.

Demi-parure A Demi-parure is a set of matching jewelry that is designed to be worn together, though fewer than a full set or parure. The term dates from the second half of the 16th century. Traditionally, when a parure involved six or seven pieces, a demi-parure was a three-piece suite of (usually) a necklace, earrings, and a brooch or bracelet; however, in the early 20th century, the term “parure” began to refer to just a trio of coordinating items, and a demi-parure was similarly downscaled to refer to any two matching pieces.