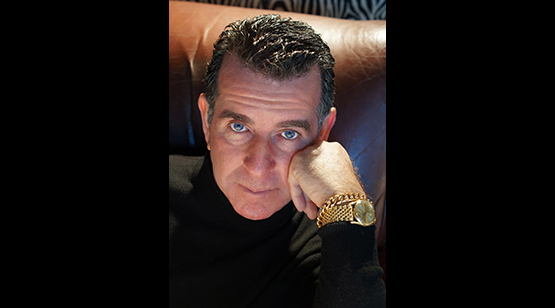 The 2019 San Francisco Fall Show is thrilled to welcome back the one-and-only Hutton Wilkinson, and this time as designer of one of the entry vignettes!

Hutton Wilkinson grew up in the Los Angeles architectural offices of his father and grandfather. At eighteen he had the opportunity to apprentice under – and later work for – the great American design icon and self-described “do-it-yourself-De Medici”, Tony Duquette. He collaborated in partnership with the legendary designer on a myriad of projects over the next twenty-five years while also running his own interior design firm creating custom interiors for Alida Davison Rockefeller, Mr. and Mrs. Dennis Stanfill, a palace complex in Jeddah, Saudi Arabia for Princes Tarfa Bin Abdul Aziz and executive offices for Twentieth Century Fox Film Corp. With Duquette, he collaborated on interiors for Mr. and Mrs. Norton Simon, Herb Alpert and Doris Duke as well as houses in Paris and Venice for Mr. and Mrs. John N. Rosekrans.

In 1998 Wilkinson and Duquette, launched a collection of one-of-a-kind, hand made jewelry. Since the success of this new enterprise, Wilkinson has devoted his time exclusively to the design of these unique jeweled creations under the trademark “Tony Duquette”. These jewels have been used by such varied designers as Tom Ford at Gucci; Oscar de la Renta, Balmain, and Badgley Mischka.

After the passing of Mr. Duquette in September of 1999, Wilkinson as owner, creative director and president of Tony Duquette Inc. continues to design and market his one-of-a-kind designs for fine jewelry, as well as textiles for Jim Thompson, custom lighting products for Remains Lighting, carpets for Patterson, Flynn and Martin, furniture and accessories for Maitland-Smith, upholstery for Pearson, and tabletop accessories for Mottahedeh. Wilkinson’s book “Tony Duquette” (Abrams, November 2007) co- authored with Wendy Goodman, chronicles the great designer’s life and oeuvre. Its companion volume “More Is More, Tony Duquette” was published by Abrams in October 2009. The recently released “Tony Duquette’s Dawnridge” documents one of the most creatively designed private homes in America. In keeping with the spirit and aesthetic sense of Mr. Duquette, Wilkinson has utilized Duquette’s Dawnridge as the company’s worldwide headquarters. There, surrounded by works of Duquette’s art from the past, Wilkinson continues their design work as a seamless transition towards the future.

In anticipation of Wilkinson’s vignette at the 2019 show, we asked him the following questions:

I grew up with antiques. My family home was actually furnished with four houses’ worth of antique furniture, two houses’ worth on my mothers side and two houses’ worth on my fathers side, all combined into one big mess of 18th century French with ormolu, Spanish colonial, Chippendale, mahogany… and a mishmash of American federal and a little bit of this and a little bit of that, combined with silk damask, creton and cut velvet curtains, orange leather upholstery mixed with crewel and Indian prints and everything but Fortuny. Walls were hung with everything from gold framed Barbizon school paintings, plein air paintings by Millard Sheets, and weird Victorian reverse paintings on glass, Japanese screens and Chinese carvings. The house which was in Los Angeles, it was built in 1918 and originally decorated by the Quezal Decorating Company, with a mix of high craftsman mahogany paneling, ruby silk brocade upholstered walls, and late Art Nouveau style light fixtures. It was a mess but it had walls and walls of books, mostly on architecture, furniture and world history, all of which I am still interested in. My parents subscribed to Réalités magazine and Antiques. I would read them both cover to cover but it was with Antiques where I would guess what the items were in the advertisements before reading the descriptions. It was mostly American antiques but I used it as a school book. That’s how I first learned the difference between Chippendale, Duncan Phyfe, Sheraton, and discern between Louis XIV, XV and XVI styles, as well as Empire, Napoleon III, Victorian and everything else in between. My father and grandfather were both architects in Los Angeles since 1918 and I wanted to be an architect until I realized that it was the decorators who got all the attention and drove the Rolls Royces. Of course that was back in the days before the internet ruined everything as far as the “do it yourself” nightmare is concerned. Anyway, that’s how I learned to love antiques, asking where they came from and learning the history of the pieces in my own family’s house.

Are there any specific historic periods that you are drawn to?

I like 18th century painted or Laca Povera Venetian furniture in the Louis XV style. I gravitate to Asian furniture in red, black or green lacquers accented in gold. I like anything Chinoiserie whether from England, France, Mars or the moon. The only raw wood I really like is when it’s painted on – faux bois – even on porcelain.

In your interior design work, what is your approach to incorporating art and antiques?

I’ve bought a lot of paintings in my life but i’ve never sold one to a client… ever!!! I’ve worked for several major art collectors, they hire me to hang their paintings in an interesting way to enhance their interiors. I’m talking about Picassos, Modiglianis, Braques, Courbets, etc.

I’ve been known to sell antiques to my clients but for the most part my customers have their own furniture and art and they hire me to decorate rooms around their possessions with paint, wallpaper, carpet, upholstery…

What was your most favorite/memorable art/antique find? Or alternatively, can you tell us about “the one that got away”?

The ones that got away are the only ones I remember. There was an entire Louis XV boiserie room, a large scaled, 12-panel cinnamon lacquered coromandel screen, a suite of carved Indian blackwood furniture, a 19th century Chippendale Chinese cabinet, an 18th century Ca’ Rezzonico style Venetian chandelier, a set of 18th century hand painted Chinese wall paper, and a diamond necklace and bracelet by George Headly and a Paul Flato emerald bracelet with diamond tassels… and then there was the amazing vermeil flatware with amber handles carved with crests in a velvet lined fitted case, enough for twenty four guests with serving pieces en suite… oh the list is endless!!!

My favorite purchases have to be my four Venetian blackamoors which stand seven and a half feet tall. I purchased them to decorate the Palazzo Brandolini on the grand canal in Venice for John and Dodie Rosekrans. I purchased them back from the Rosekrans sale at Sotheby’s. They are my favorite objects along with my 18th century collection of Chinese export porcelain, and my set of eight 17th century Venetian veduta paintings by Heinze… But best of all is my collection of Vogue and Harpers Bazaar magazines which belonged to Nini Martin (they had a little tag that said, “property of Miss Nini Tobin”) that I purchased for $60.00 from the Patrons of Art and Music in San Francisco. They and my entire library of books are what I treasure the most.

What most excites you about coming to the San Francisco Fall Antiques Show?

Seeing old friends, finding treasure and inspiration from all over the world, wallowing in San Francisco’s historic sense of inclusive hospitality.